Since the beginning of the year, the corona pandemic has had the world in its grip and our activities have also been affected. Project trips had to be cancelled, everyday habits had to be reconsidered, and the question of how to maintain our activities for our children and employees in Kunyumba remained at the centre of our activities.

When the first three Corona cases were reported in Malawi at the beginning of April, restrictions were quickly imposed. Many organisations, schools and churches were closed, wearing masks in public was made compulsory and initially even a hard lockdown (people are not allowed to leave their homes) was considered. However, the Supreme Court prohibited this hard lockdown on the grounds that the government had not presented any concept for the provision of services to the population. Corona affects Malawi much harder than Europe: A society where more than 70% of the population lives on less than 1.75€ a day cannot allow to have even a temporary lockdown. Millions of people survive every day with small day jobs and agriculture, which even in good years can hardly feed Malawi's population. In addition, Malawi's hospitals have only 25 intensive care beds and 7 ventilators, for a population of 18 million people. With 5200 confirmed corona cases and 193 deaths, the number of victims seems however to be limited as of now.

Kunyumba has reacted quickly and implemented corona hygiene measures. Even though many of our children do not have running water at home, soap was distributed, staff were trained and the Kunyumba day care centre is now regularly disinfected in addition to cleaning. So far, Kunyumba and its children and employees have been spared from the virus. 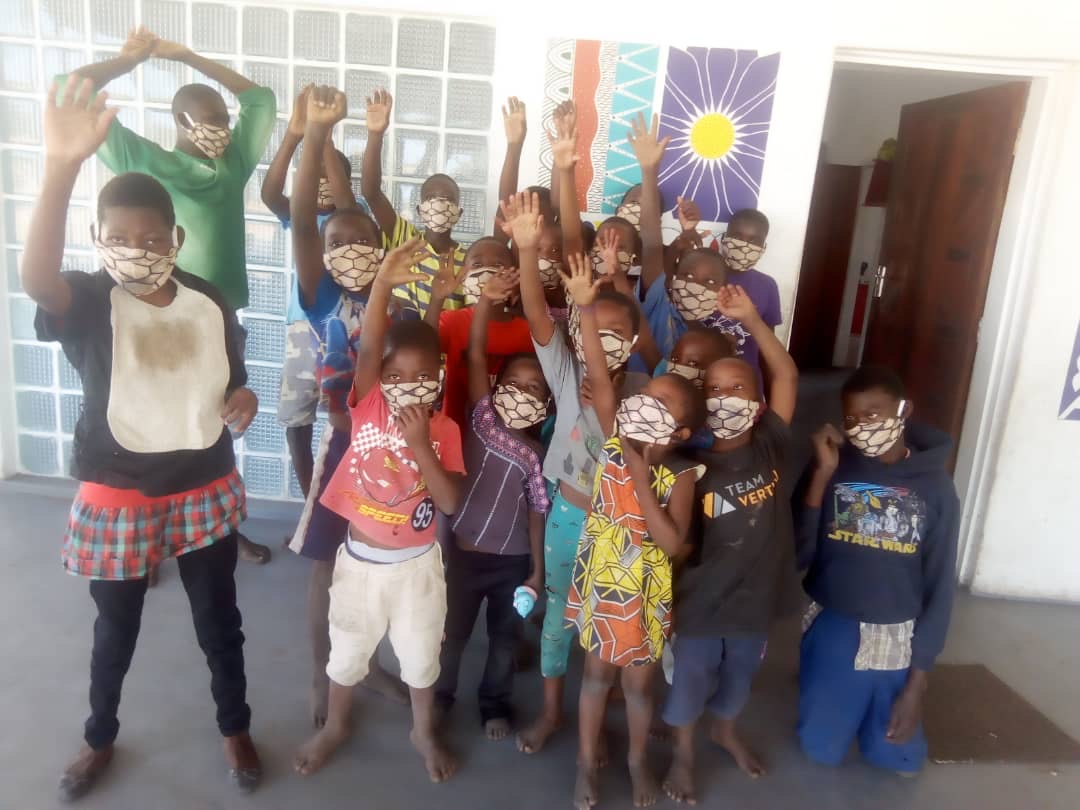 Some of our young children wearing masks at Kunyumba 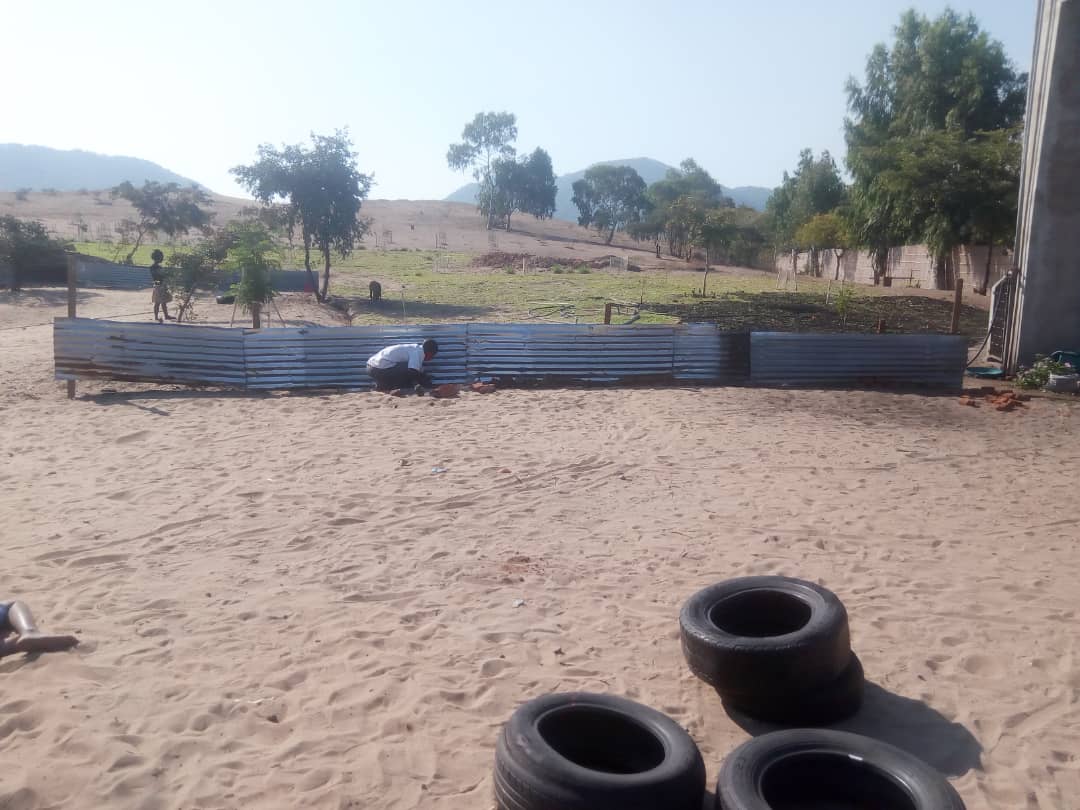 Our manager Peter protects the garden from sand. 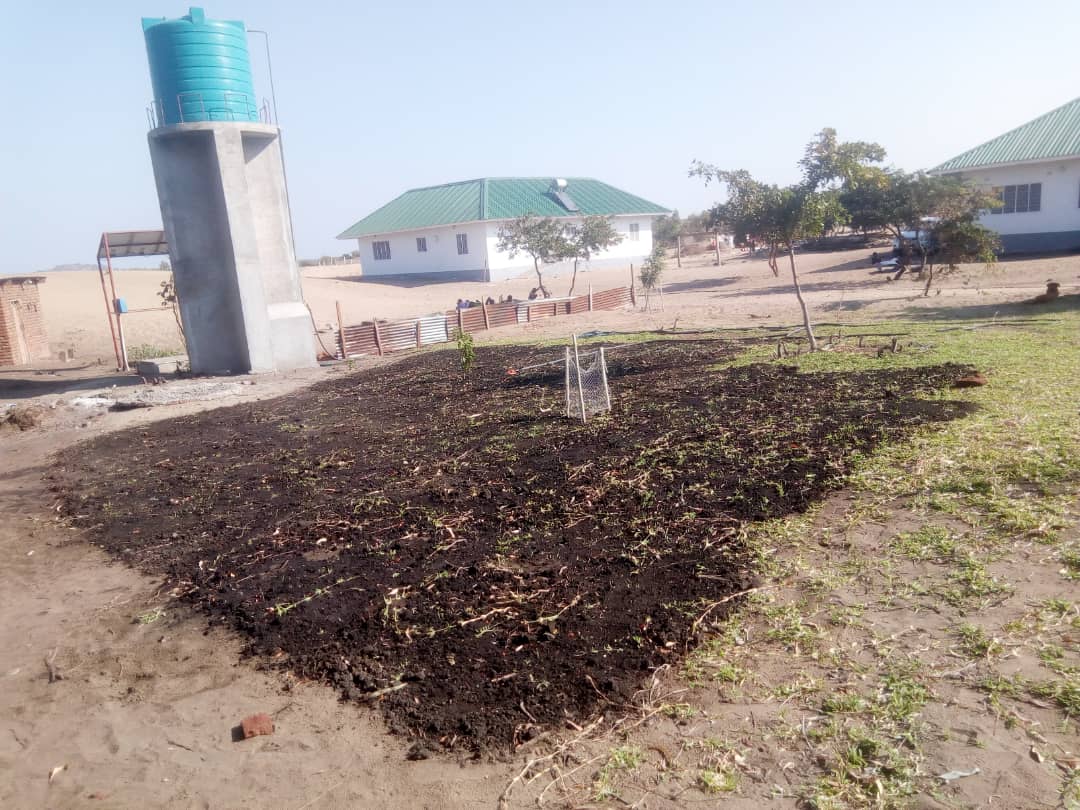 The grass is planted!

We are one of the few NGOs that have received a special permit from the government to continue our operations. All schools are closed until further notice. Currently we receive many special donations for the 9 unemployed teachers of our partner school. This way we can support them and their families with 30 €/month each during this period of unemployment.

The pandemic has also delayed our opening ceremony, which we had originally planned for October. This now gives us the time to complete our wall. However, construction is currently stalled for financial reasons and we are grateful for any further donations.

Earlier this year, the Constitutional Court had declared the last presidential elections invalid due to massive electoral fraud by the ruling party. President Peter wa Mutharika and the Electoral Commission appealed against this decision, and in May the High Court dismissed the President's appeal in all points (impressive proof of the independence of the Malawian judiciary). The ruling was received with great approval and new elections were announced in June. The security of the court was provided by the army because the police had been compromised.

The opposition, which had put forward several candidates the previous year, now agreed on only one candidate:  Pastor Lazarus Chakwera, with Saul Chilima as vice-president.

On 23 June 2020 Lazarus Chakwera received 58.5% of the votes and was thus elected as the new president. Peter wa Mutharika received only 38%. For the first few months, the new president has committed himself to the task of fighting corruption, and many procurement contracts of the old government are currently being reviewed. In addition, the new government has produced a revised budget, increased the minimum wage to 60 € and the tax allowance to 120 €/ month. It remains to be seen how the new leadership will affect the country and its people in the longer term, but there is cautious optimism that the sharp rise in corruption in recent years will finally be fought.

Thank you for your support and interest.